The elephant in the room is our national debt. We want to focus on inflation, home prices, interest rates, or masks and mandates. But our national debt can be our downfall. While our attention is directed to the decreasing INDIVIDUAL debt, we fail to see how it has all moved to the government balance sheet. I can’t pretend. Believing B.S. will not make it true.

Our real estate appreciation of 20%+ may soon mean nothing as the drunken stupor comes to an end. When all economic systems get corrupted and create a public euphoria, the needed remedy to the hangover gets pushed out. Getting pushed out gives the government more opportunity to divert our attention again.

The Year over Year appreciation is coming down since the peak in May 2021 of 29%. Price appreciation of 1-4% is reasonable. And yes, some years it can AND SHOULD BE negative. As you can see, appreciation and momentum indeed had years of negative growth until 2012 when this bull market started.
[/responsivevoice] 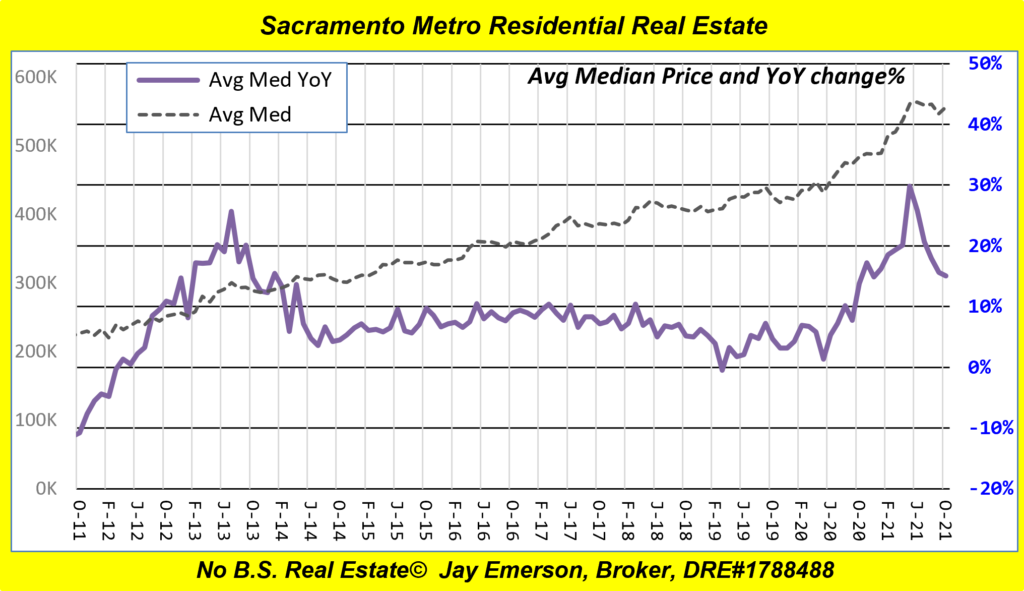 [responsivevoice] In October, El Dorado Hills defied gravity with a Median Price that exceeded $1 Million. This is a first. With less than half of the 10-year average Active listings in October, the price increase is obviously affected. The least expensive house last month in EDH sold for $610,000. That’s a 4 bedroom, 2 bath house with less than 1,700 square feet of living space AND less than a ¼ acre of land. That’s expensive dirt. At the price bottom of the 52 zip codes I track is 95815 (Arden/Arcade). The lowest sales price there was $200,000. That’s 1/3 of El Dorado Hills’ lowest price. EDH and Arden are 30 miles apart. I wager that hazard insurance is more in EDH just due to fire. The unmapped mines in EDH are a different issue. [/responsivevoice] 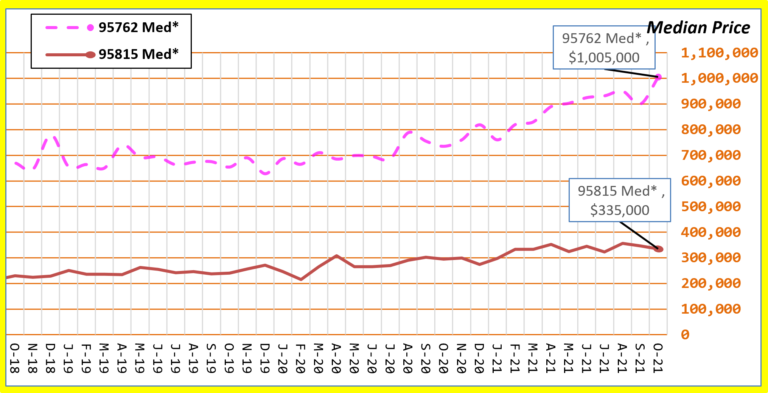 Senate Bills and Supply
When supply is so low that normal demand makes prices ‘hit the moon’, you know that something is affecting SUPPLY, not DEMAND. Hello. We have supply issues but allowing homeowners to put an additional 10 homes on their parcel will have dire consequences.

First, it’s my opinion that NOT all humans are supposed to own a home. According to the exalted ones in California’s legislature, SB 9 and SB 10 will solve the supply shortage. In reality, some of the consequences that my small mind can foresee include:

We have a supply problem but splitting, re-zoning, and allowing dense, new construction will have dramatic repercussions on neighborhoods and neighbors.

We have a professional lobbying group called the California Association of REALTORs. That group is funded by REALTORs to demand reason from the exalted ones in Sacramento. They are failing in that duty. Yes, it’s a DUTY, not a hobby for the lobby. This is the same lobby that creates the documents we use in our profession. And that, too, is failing in my opinion (Truth).

Like organic systems, markets heal themselves. Our “fixes” of perceived problems

To all of you exalted ones in Sacramento, YOU’RE FIRED!
[/responsivevoice]

[responsivevoice] The swing indicator shows a slowing number of zip codes with a decreasing momentum for the last several months. Because a price can increase while momentum of that price change decreases, there is still an increase in the Average Median Price while a Net Swing indicator that’s negative. Momentum explains the ‘rate of change’ in a price, not the price itself. The positive swing hit a historic high this year with 48 of the 52 zip codes had increasing momenta. That’s a critical mass of positive momentum which is now negative. This indicator should and can move up and down, like an EKG. But when it shows the extreme moves like this year, the future could be as extreme in the other direction. We need some market healing. We need less government. We need less debt. [/responsivevoice] 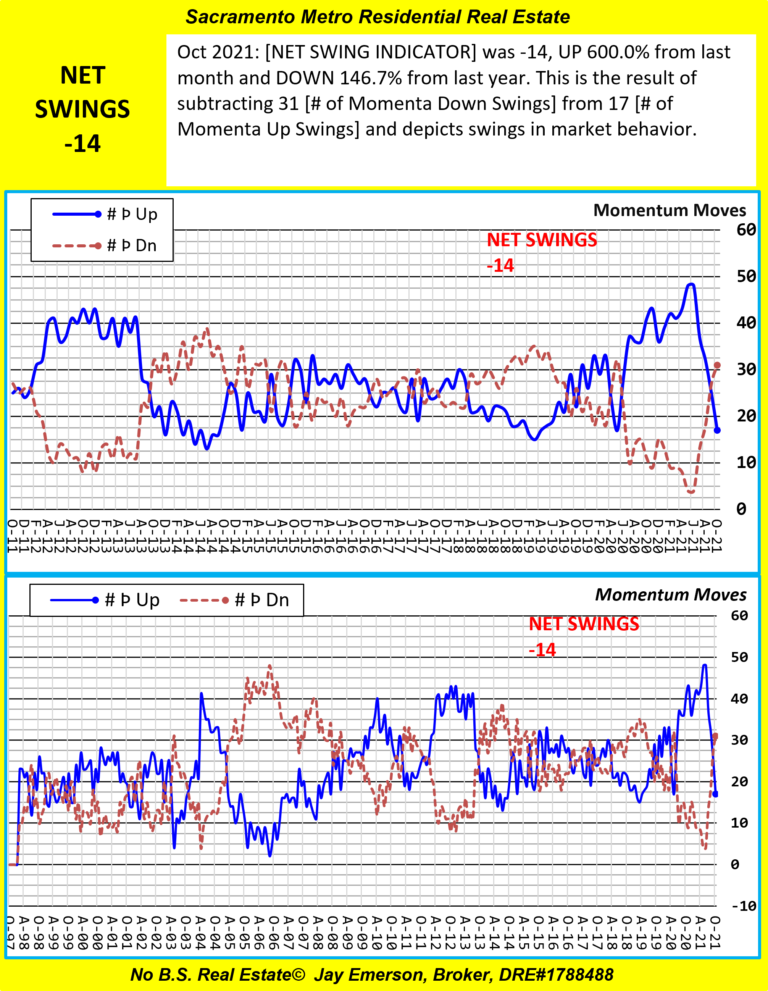 Please go to https://jayemerson.com/blog/ and subscribe in the right sidebar.